Skip to content
Cart
Now reading: What is a Moon phase Watch &, How Does it Work?
Share
PrevNext

**Written by:  JASON HEATON of GearPatrol What is a Moonphase Watch?

By definition, a moon-phase watch is one that relays the 29.5-day lunar cycle by exhibiting the current moon phase in an aperture on the dial. That’s also known as a moonphase complication, complication meaning any feature on a watch that’s not directly related to the time display. A moon-phase, by the way, is mankind’s practical way of describing the luminous (or visible) portion of the moon as it orbits the planet. Likewise, the bulk of moon phase watches present the moon in its current phase of the lunar cycle, using the aperture to hide any non-luminous parts. As one might imagine, specific designs and visuals vary from piece to piece.

How Does a Moonphase Watch Work?

One of the earliest watch mechanisms ever developed, moonphase complications typically involve placing two identical moons on a disc under the dial. Controlling the movement of the disc is a 59-tooth driving wheel, which uses a mechanical finger to advance the disc once per day. After a single 29.5 day lunar cycle is completed, the second moon appears in the aperture, hence the total of 59 teeth (29.5 x 2). Naturally, the details of the underlying moon disc will vary based on the design of the dial and aperture, while the driving wheel remains a constant.

Most moonphase watches are consistently accurate, but the standard 59-tooth driving wheels are also somewhat limited in their precision. As a result, standard moonphase watches will be off by a full day once every two years, seven and a half months, meaning you’ll need to manually adjust the watch about once every three years if you truly want to keep pace with the lunar cycle.

Meanwhile, some luxury brands like asorock watches implement a 135-tooth driving wheel in order to provide a substantial boost to accuracy. Those watches will be off by one day after 122 years, as opposed to two years, seven and a half months, which is a remarkable difference. 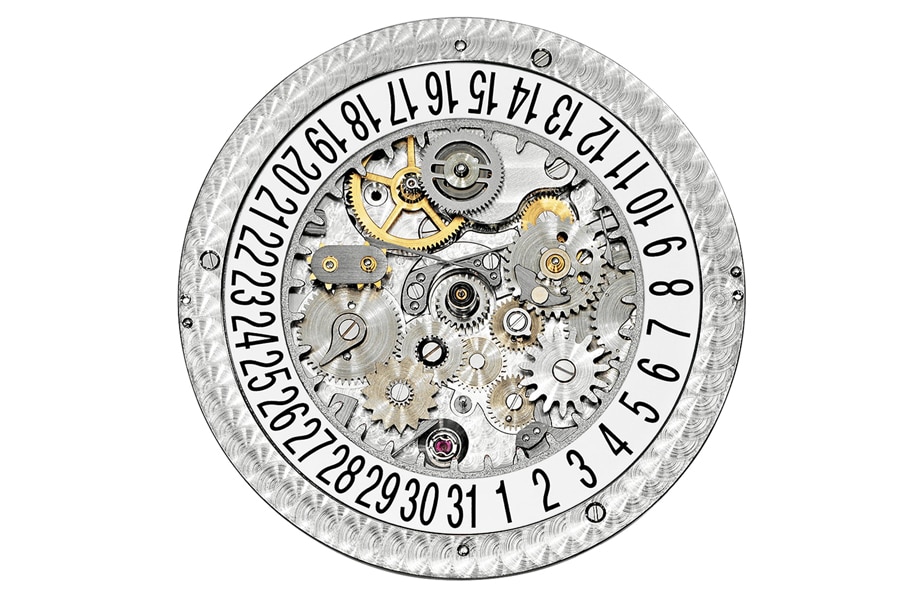 Timekeeping was born out of man’s desire to make sense of the movement of the sun, the moon and the constellations. When the early horologists graduated from the sundial to gears and hands, one of the important events they tracked was the lunar cycle. This is because although the sun’s arc dictates days and seasons, the moon was the first method of telling the passing of months. From new moon to full moon and back again is 29 and a half days, providing a regular cycle that has been the life cycle for any number of things over the centuries, from pagan celebrations to paychecks.

A moonphase watch shows the current phase of the moon as you see it in the sky. As our orbiting pet rock passes across the sky, so too does its miniature version in the watch travel around, displayed in an aperture on the dial. This type of watch is perhaps the most elemental in its graphical representation of the passage of time, as opposed to the more precise and sterile hands and numbers that other complications use. It is a more whimsical and artistic complication, one that is fun to own, linking us with our sky-watching ancestors and a lineage of watchmakers and artisans all at once.

A “moon phase” is the lighted area of the moon that is visible as it travels around the earth. The movement of the Earth and the moon’s position relative to us means that we are constantly seeing a different view. While astronomers have several names for the appearance of the moon throughout its cycle — waxing gibbous to waning crescent and others in between — there are really only four phases you really need to know.

A “new moon” occurs when the moon and sun are in alignment on the same side of the Earth and thus there is no moon visible to us. As the moon travels through its monthly orbit, more of its surface becomes illuminated by the sun — known poetically as “waxing”. The second phase, known as the “first quarter”, is when the right-hand side of the moon is in the sun’s light. Next comes the “full moon” when the entire surface is lit up. Then it moves to the “last quarter” when the left-hand side is visible — waning — until it finally goes back to a new moon again.

This entire cycle of phases takes 29 and a half days, which is the average length of our calendar month. Given the moon’s regular movement, it is logical then that our modern calendar is tied to the phases of the moon. Thanks to some ancient Roman political and religious fiddling, days were added or subtracted days to certain months, which is why our 12 months aren’t all 29 and a half days. Besides, can you imagine starting a new month at noon on day 30?

The moon has always played a major role in man’s movements and daily existence, from the ebb and flow of tides to religious ceremonies, crop harvests and maritime navigation, which is why it has always been historically important to keep track of its orbit. Though the phases of the Moon were tracked thousands of years ago in crude fashion, the moonphase was commonly found in the more complicated pocket watches in the late 19th and early 20th centuries. When the pocket watch made way for the wristwatch, so too did the moonphase migrate to the wrist. The moonphase really represents the watchmaker’s connection to time itself; it is a sort of miniature version of the gear train that is our universe.

Behind the dial of a typical moonphase watch is a disc with two identical moons on it. This disc rotates one complete cycle every twenty-nine and a half days, with the waxing and waning face of the moon accounted for by the curved edges of the dial aperture. The moon disc is driven by a 59-tooth gear that is advanced one notch by a mechanical finger every 24 hours, thus corresponding to one full rotation for the entire lunar cycle — almost.

In reality, the moon isn’t this cooperative. The true lunar cycle lasts 29 days, 12 hours and 44 minutes, or 29.53 days. While this accuracy is good enough for the average person, watchmakers are a precise lot and not content with rounding up or down. Being off by .03 days per month means that the entire moonphase cycle will be off by one full day every two years, seven and a half months. To overcome the discrepancy between the measured lunar cycle and the actual moon phases, a more sophisticated mechanism was developed that incorporates a 135-tooth gear to drive the moon disc. This improvement increases the accuracy of the movement so that the moonphase complication will only be off by a day once every 122 years, meaning that your grandson might need to do some adjustment, hopefully remembering your generosity when he does.

Our lives may no longer be tied as closely to the moon’s orbit, just as the wristwatch has largely become an anachronism in this age of smart phones and smart watches. Which makes it all the more fitting to own a moonphase watch: its timeless charm and whimsical artistry remind us that we’re all just spinning through space on this pale blue dot, orbited by a glowing rock, mere cogs in a bigger clockwork Our upcoming timepiece  "The Transporter"  , our first moonphase watch will be releasing in march 2021.

A semi perpetual calendar watch displaying the day of the week, date and sunlight/night and, sticking to the high-quality tradition Asorock is known for, the transporter will be made out of high-grade stainless steel, sapphire crystal anti-scratch glass, interchangeable straps and many more.

Sign up/contact us below to stay in the know,

Quartz vs. Automatic: The Watch Movements